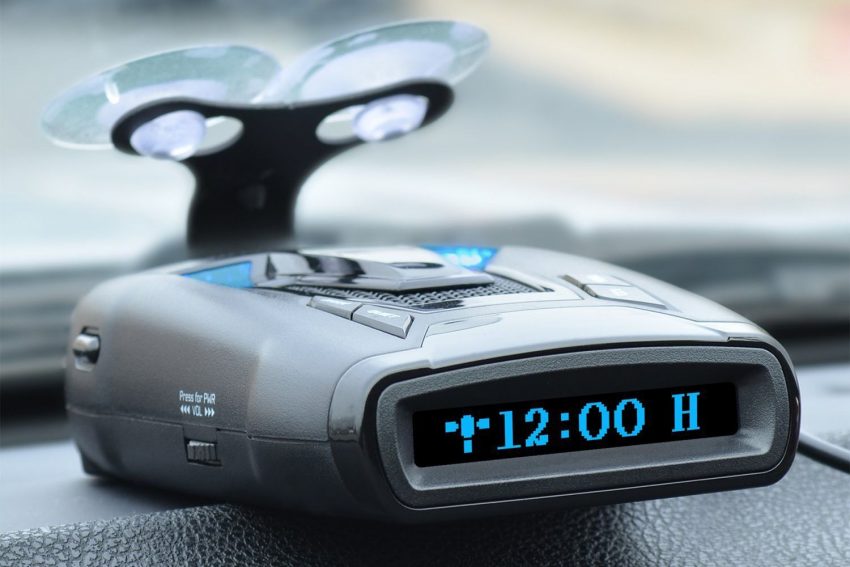 Police are trained to aim at the plate first, since it is also close to the bumper, which is smooth and often chrome plated. A laser beam is simply a special beam of light, which does not expand in diameter like flash light does. If a laser beam were aimed at a windshield, some of the beam will pass through the windshield from front to back, and the remaining laser beam will bounce off the slanted windshield up into space. So a laser gun operator is trained not to aim at the windshield for these reasons.

Thus, if a radar detector is located in the windshield with a laser detection feature, what good will it do, when the very narrow laser beam is aimed at the license plate, and none of the beam comes up over the hood to be detected by the windshield mounted radar detector?

It is acceptable to locate a radar detector in the windshield to detect radar, but if one wants to detect laser, they must detect it down near the license plate and/or headlights, preferably both locations. But as we said above, just detecting laser is not sufficient, as the laser gun operator knows the exact vehicle he/she is getting a speed reading on, so one must detect and jam the laser beam, so as to prevent the speed reading against a laser gun. And it is legal to jam laser, except in 4 states, CA, UT, OK and MN.