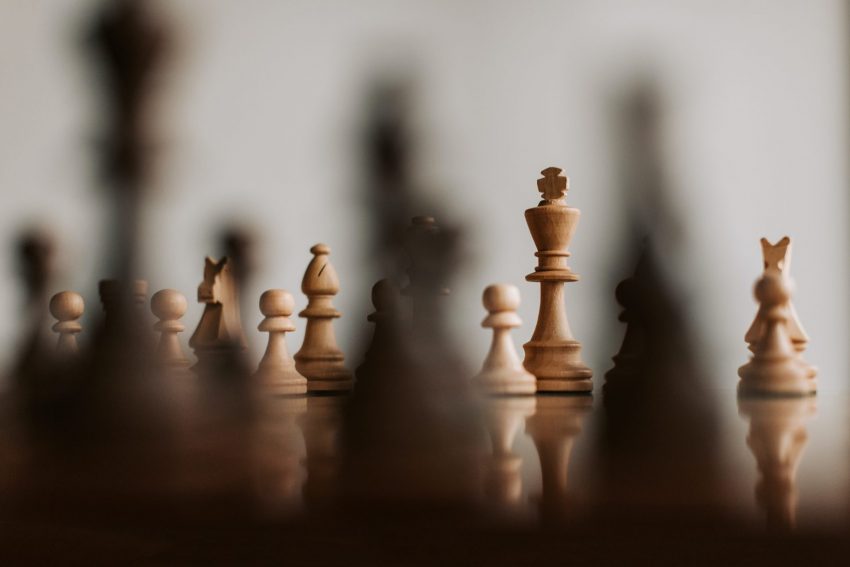 I established a goal for myself. Chess has always piqued my curiosity because I’ve always been a mathematician. However, I’ve never taken it seriously… and never in a good way. Chess has a wealth of internet tools and a sizable online community, and your progress (or lack thereof) is easily measured. As the ideal first ultralearning assignment, I set a goal for myself: could I achieve an Elo rating of 1100 in less than 100 hours? Continue reading to find out.

After a little additional investigation, I came up with the following goal. Is it possible for me to get an Elo rating of 1100 in a quick game (30 minutes per side, long enough to think about each move)? I divided the project into four months. So, over a four-month period, 25 hours per month – quite feasible in the evenings and weekends around a day job.

So, at the outset of the endeavor, what did I know about chess? What is the notation for various squares? No. What are some common tactical moves? No. Openings with a classic feel? I had no idea what was going on. However, I was aware of the following:

The first principle of any ultralearning effort is metalearning, or learning how to learn, as Scott calls it. This may seem self-evident, but how often have you attempted to learn anything using a resource that was simply convenient rather than optimal?

According to Scott, 10% of project effort should be spent identifying the many topics to learn and identifying bottlenecks. That’s a significant amount of time. This may seem self-evident, but believe me when I say it’s not easy. So, if you want to learn to speak a foreign language, it’s not a good idea to start with grammar before vocab!

So, what are the most crucial aspects of chess? This is the list I came up with, in no particular order:

Opening — There are many different chess openings that have been researched thoroughly over the years. Whether you’re white or black has a big impact on your opening combination. Any chess master will tell you that –  everything related to chess openings – is a trump card for running the game on your own terms and beating your opponent. That is why a good chess player has a large number of chess openings memorised.

Tactics – are a series of short-term moves that limit your opponent’s maneuverability, typically resulting in material gain. These opportunities are typically discovered in the so-called “middlegame” (i.e., after the openings and before the endgame).

Endgame — the stage of the game when there are usually only a few pieces left on the board. The boundary between middlegame and endgame is a little blurry, but in this point of the game, pawns and the king are usually significantly more strong.

So, what are the most crucial talents to master in order to achieve an Elo rating of 1100? Following extensive web investigation, the conclusion appeared to be:

As my primary reference, I chose the chess website chess.com. This site offers a multitude of courses, methods, and games that may be accessed at any time. It was an easy decision because it is the most comprehensive chess resource available.

And this was my first and most serious blunder in this ultralearning chess experiment (I told you metalearning was important). I was so distracted by the continual mention of tactics that I overlooked the need of improving my strategic skills. I was believed that as I improved at tactics, the strategy would become more clear — and hence was unimportant in achieving an Elo rating of 1100. There will be more on this later.

So I began my ultralearning practice on chess.com with tactics, tactics, and more tactics. Pattern recognition is a vital underlying talent in chess; the more cases you see and solve, the better at pattern recognition you become. This is similar to the drill ultralearning principle: choose the skill that is the biggest bottleneck in your progress and practice it over and over.

In this example, I went even further with this concept. Chess.com’s tactical problems are conveniently divided into categories that illustrate various tactical patterns.

There’s the pin (when a defending piece can’t move since doing so would expose a more valuable piece behind it), the fork (when a single piece makes two direct attacks at the same time, frequently resulting in a material loss for the defender), and so on.

I trained methods for each motif independently to improve my ability to spot patterns, then tested myself in a scored exam with all motifs present. This was something I done several times. I also used another ultralearning technique, retention, in this case, by repeatedly rehearsing a particular motif, nearly to the point of exhaustion, in order to truly cement pattern recognition in my mind. On chess.com, I ended up with a tactics rating of 1510.

At the same time, I started working on the endgame. After conducting extensive web research, the consensus seems to be that International Master Jeremy Silman’s “Silman’s Complete Endgame Course” was the best resource on endgames.

What’s fantastic about this book is that it breaks down the techniques you’ll need to know based on your chess skill. He goes over some fundamental checkmates, advise on what combinations of pieces can lead to checkmate in the endgame, and some slightly more advanced concepts about how to use the king/pawns effectively for beginners (which he defines as having an Elo Rating of 1100 and under).

This emphasizes the significance of having good resources on an ultralearning project – I could have spent a long time studying all of the nuances of the endgame, but it wouldn’t have been useful for the level I was attempting. As a result, my endgame research took only roughly six hours. 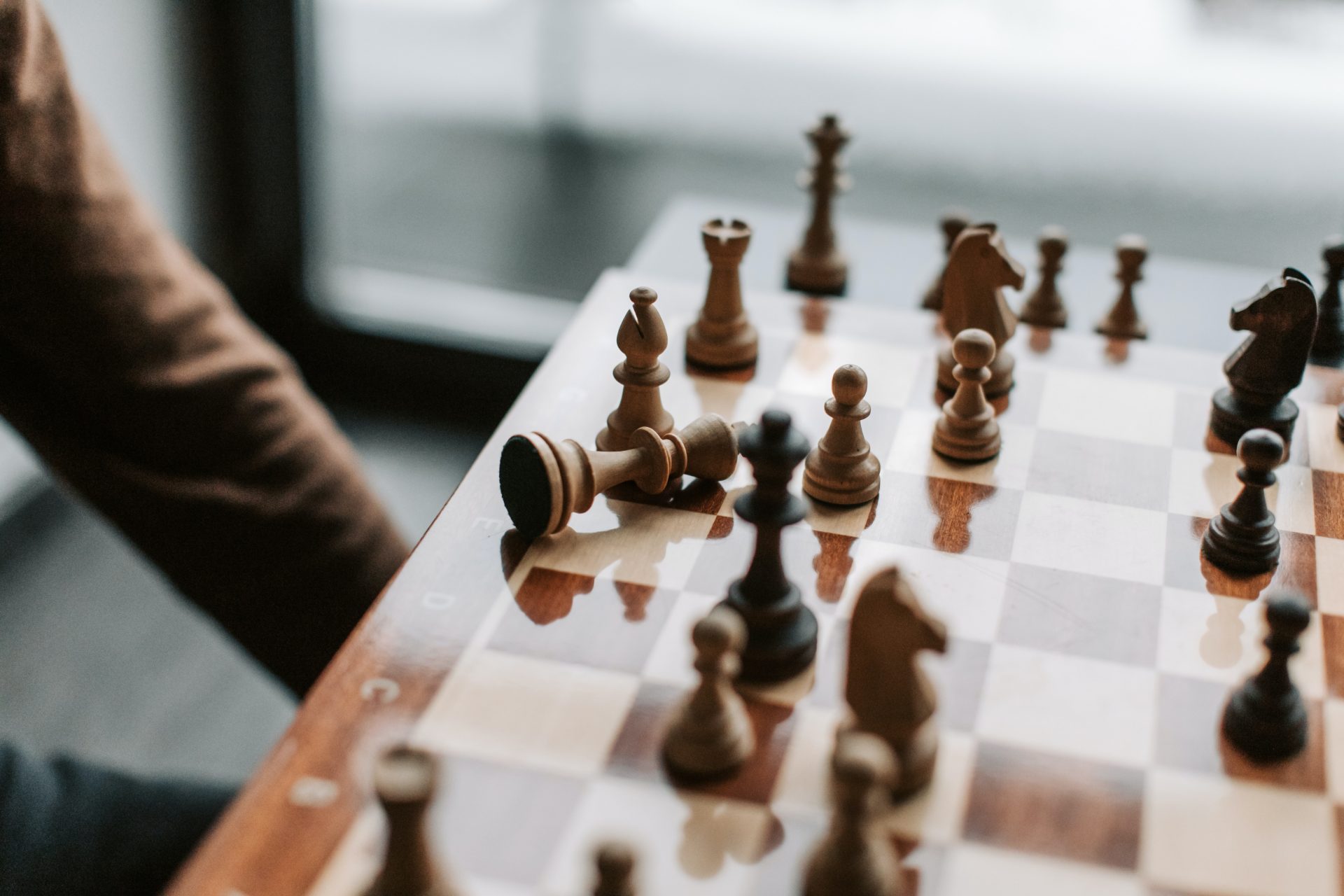 I was feeling very confident about halfway through the endeavor (50 hours gone). My tactical work was getting better, and I felt like I had the fundamentals of the endgame figured out.

A few informal games with friends who had no formal chess instruction, however, brought me back to reality. In certain games, everything appeared to fall into place, and I was able to comfortably win. I had a lot of negative luck in other games. I was perplexed as to why there was such a difference.

Experimentation, another ultralearning principle, was necessary. I also found I was terrible at foreseeing what my opponent was going to do. When you think about it, one of the characteristics of tactical puzzles is that you’re always put in a scenario where you have an advantage. So finding that unique combination of movements that hammers home your advantage is a big part of the game.

I gradually realized that I had completely overlooked one of the most important aspects of the chess player’s toolkit: strategy. But where do you begin? There’s a plethora of strategy advice available online, much of which I didn’t believe was necessary to obtain an Elo rating of 1100. After doing some research, I came across this blog post on chess.com that looked to provide a good explanation of the essential strategic concepts for novices.

As a result, in the third month, I worked my way through the numerous ideas and videos presented in this post, including thoughts regarding effective positional play, pawn structure, planning, king safety, and other approaches. I gained a fresh understanding of the distinction between strategy and tactics. When you’re in a favorable strategic position, tactics show themselves more readily, and when you’re in a bad situation, they don’t. Or, to put it another way, tactics are the servants of strategy.

Playing versus a computer without a queen was by far the most effective practice (see here). From whatever position, the computer always plays the ideal move. Believe me when I say that winning this game is much more difficult than it appears! One of the advantages of this practice is the immediate feedback you receive (feedback is one of the other ultralearning principles). You may see your score drop as soon as you make a bad move, which is always a sign that the computer is gaining material or obtaining checkmate. It took me an unusually long time to be able to consistently beat the machine.

Playing games
So, at the start of the fourth month (75 hours down, 25 to go), I still didn’t know if I’d be able to meet my target.

In order to push my score above 1100, I spent the remaining time playing rapid chess games (30 minutes per side) as a final sprint to the finish line. Chess.com offers an excellent analysis feature, so I attempted to spend at least 15 minutes after each game reviewing what went wrong, marking down the important errors, and considering how to avoid them in the future.

My first ultraleaning project was a blast. There’s something incredibly rewarding about learning something new from the ground up. I’ve also discovered a renewed love for the game of chess. It’s simple to begin learning but really difficult to master – I can see how it could be endlessly intriguing.
I should have spent more time at the start of the project on the metalearning component. I would have modified the order in which I learned things and possibly learned more efficiently if I had grasped the value of strategy earlier.
I was continuously reminded of the need of maintaining concentration (another ultralearning principle). Looking back, I accomplished so little when I was preoccupied or exhausted that it seemed pointless to keep going. I could have accomplished a lot more if I had just done ultralearning when I was completely concentrated.
I’d appreciate your opinion on what I’ve done, as I’m sure I’ve overlooked something obvious. Everyone have a great time ultralearning!